How employers can benefit from the new measures to support businesses.

The feeling of trying to play catch-up following a major government announcement will be a familiar one for many business owners.

On 20 March, the Chancellor explained that the government would help to pay the wages of employees who had been ‘furloughed’ – sent home temporarily because their employer had to close as a result of the coronavirus pandemic. The measures, almost universally accepted as being necessary to protect businesses and jobs, answered a lot of questions for business owners, but created plenty of new ones too.

Under the Coronavirus Job Retention Scheme, the government agrees to cover up to 80% of a furloughed worker’s salary (up to £2,500 per month), with pay backdated to 1 March 2020. It was established from the outset that the furlough payments would take the form of grants that would begin to be paid ‘within weeks’. The scheme will initially run for three months, during which furloughed employees aren’t permitted to work.

A scramble to adjust

However, several important questions remained unanswered, particularly around how it would work in practice, and details around pension arrangements.

“It isn’t a surprise that the government is still trying to establish how some of this will work, because that’s what happens when rules are made so quickly,” says Tony Clark, Head of Retirement Marketing at St. James's Place Wealth Management.

While the backdrop was very different, the scramble for clarity and information has echoes of the pension freedoms announcement in 2014, when relatively little detail was available to help businesses adjust. With just a year between announcement and implementation, many employers were forced to adjust their pension arrangements with little guidance or notice.

The same applies now, to some extent. The government has since clarified some points of the furlough scheme. For example, we now know that an online portal is due to be set up by the end of April for employers to apply for grants; employers must have created and started a PAYE payroll scheme on or before 28 February 2020 and be enrolled for PAYE online to apply.

In addition to wages, employers can also claim for National Insurance contributions that are paid on the subsidised furlough pay, as well as pension contributions, up to the level of the minimum automatic enrolment employer contribution.

Even business owners themselves are covered under the furlough scheme, provided they pay themselves a PAYE salary. It’s worth noting, however, the rule that if you’re furloughed, you can’t work, and that the scheme does not apply to dividend payments.

Focus on the here and now

Business owners may still have questions. That may be the case for some time, notes Clark, who urges business owners to focus on what can be done now and identify what they can postpone until the dust begins to settle.

Some of the issues that might feel pressing now can in reality be postponed until the medium-term picture becomes clearer. For instance, some employers who would usually pay more than the minimum pension contributions may be wondering how they will make up for lost ground. While important, this isn’t currently a priority.

“It’s about meeting the minimum criteria now and adhering to the rules as they can best be interpreted,” says Clark. “Focus on the things you can control and don’t overly worry if you’re missing anything. Your St. James’s Place Partner can help you put this right later on.”

Partners can also help with immediate challenges, such as helping to interpret the rules and adapt to new information as it becomes available. But professional advice will really come into its own when we begin to emerge from the current situation and businesses and individuals are trying to get back on their feet.

“Make a note to get in touch with your Partner again when things are up and running, so that you can review your situation with them and work out what actions need to be taken,” Clark says. “It’s at times like this – and when we come out the other side – that good advice is worth its weight in gold.” 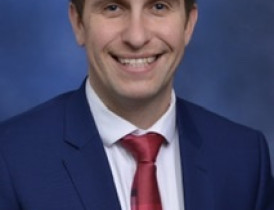 Are you wondering about networking but feeling nervous about it?

Our FREE guide will help you to feel comfortable and confident when networking - even if you're an introvert!